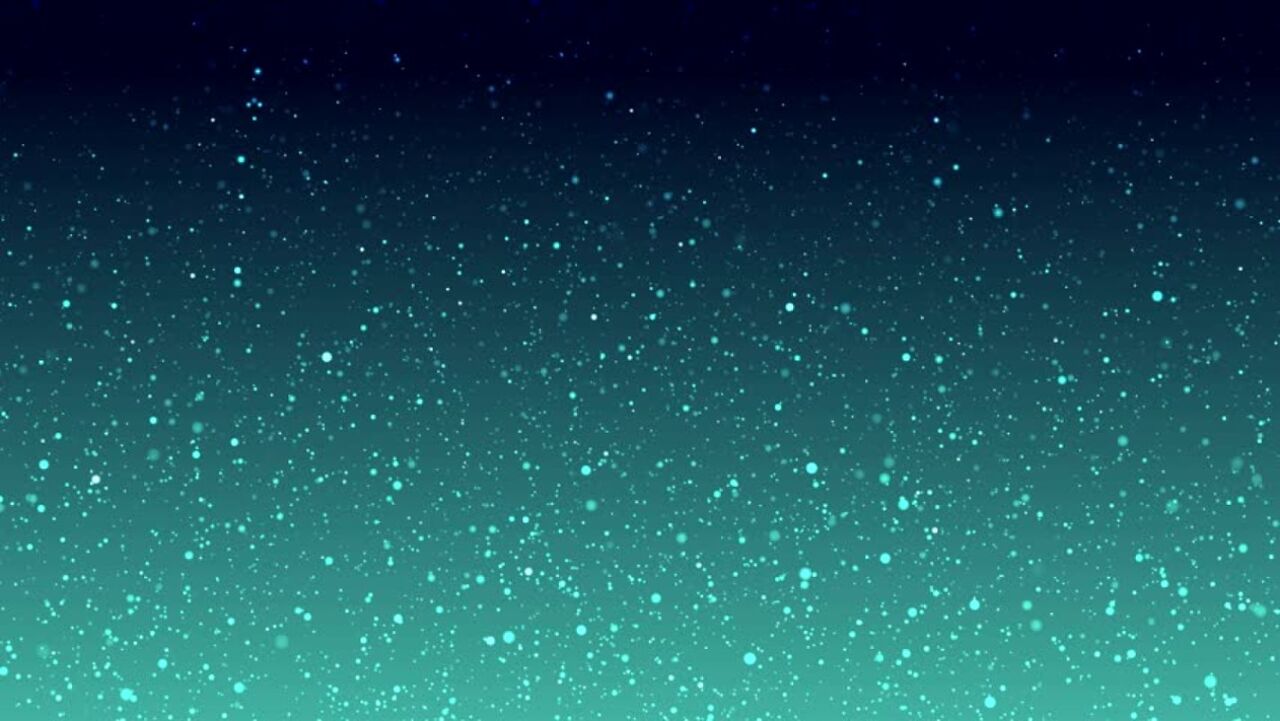 What's on your mind?

They are good, Gemma Whelan was a great choice! Also, just purchased Silverborn, 409 days until I can read it that is... But still. Some stuff I want to ask is why are the words in the audio book different from the actual book? Example:

Audiobook: "But she thought it would, quite be like stealing his clothes." When in the book she does take it. I'm now re-reading the whole 3 books. Chapter 1 8 of NTTOMC. then WS, then HP.

I reread the chapter again and noticed that Ivy makes a slight reaction to the fire surrounding her my sweating. if the art is real it could mean that Squall cannot fully control people using the art or its power decreases over time or that some people can "escape" his control. I am leaning towards the first because Squall controls jupiter, who we know to be strong willed and would be likely to escape. in both cases it seems that Squall cannot fully take over another being which could lead to some plot points

Sorry for bad grammar- i typed this out in a hurry

I saw a post about the statues outside the elders hall and it theorized about an art where you can control/manipulate people. Squall uses this art on the deucalions roof and motions his fingers like a puppet master controlling a puppet. There is also a puppet master outside the elders hall which could be a reference to this. This is a strech but when Squall turns Crow manor into "morriganland" Morrigans family is frozen in time. This could be Tempus but they are completly oblivious and havent made the slightest motion to awknowlegle thier surroundings whereas when morrigan got frozen by Onstald she could move very slowly. the family could be acting like this because Squall has used said unknown art so they do not notice the fire around them. this is probably wrong but still would be interesting to see.

Hi everyone! It's been a few months since I've been active here, as I was in hospital for a little while, but I'm all okay now and excited to see the number of fan theories popping up, but I've got one of my own that I think it's time to share.

Looking back on Wundersmith, I noticed the chapter set in the Elders' Hall- specifically the statues in the Hall. There are nine in all, each with a different pose, but only five are described- The theory is that each one relates to a different Wretched Art or even a different Wundersmith of old.

The mentioned statues are:

-A blindfolded man made of turquoise- Possibly Veil? Not completely sure on this one

-A puppet master made from amethyst- I don't think this Art has been revealed yet, but didn't Squall control a ton of people at the end of Wundersmith? It's not too much of a stretch to imagine this is a future Art.

-A pair of conjoined twins made of white marble, wearing decorative masks- I think this represents Masquerade, because you can use it to disguise yourself as someone else, hence having two faces. Also, the word Masquerade itself refers to a party where everyone dresses in decorative masks.

-A man made from amber whose hands are candles- This is possibly the strongest connection, because this just rings Inferno.

-A rose-quartz woman with eight pairs of hands- Not entirely sure on this one either, but it could be Weaving?

If it's true that each statue is based off a Wretched Art, they're probably based off a Wundersmith as well. After all, Wundersmiths probably made Proudfoot House. What if the original Elders were Wundersmiths, and each one had mastered a different Art? It could mean a lot of different things for the future books, as I think the Elders' tyranny could be a key element in novels to come.

So i keep hearing people "Can't waiting for Silverborn" and I'm here to tell you it's £8 or £21 on audible but not finished, I wouldn't really recommend spoiling it but yeah. rip my pocket money i can't afford it 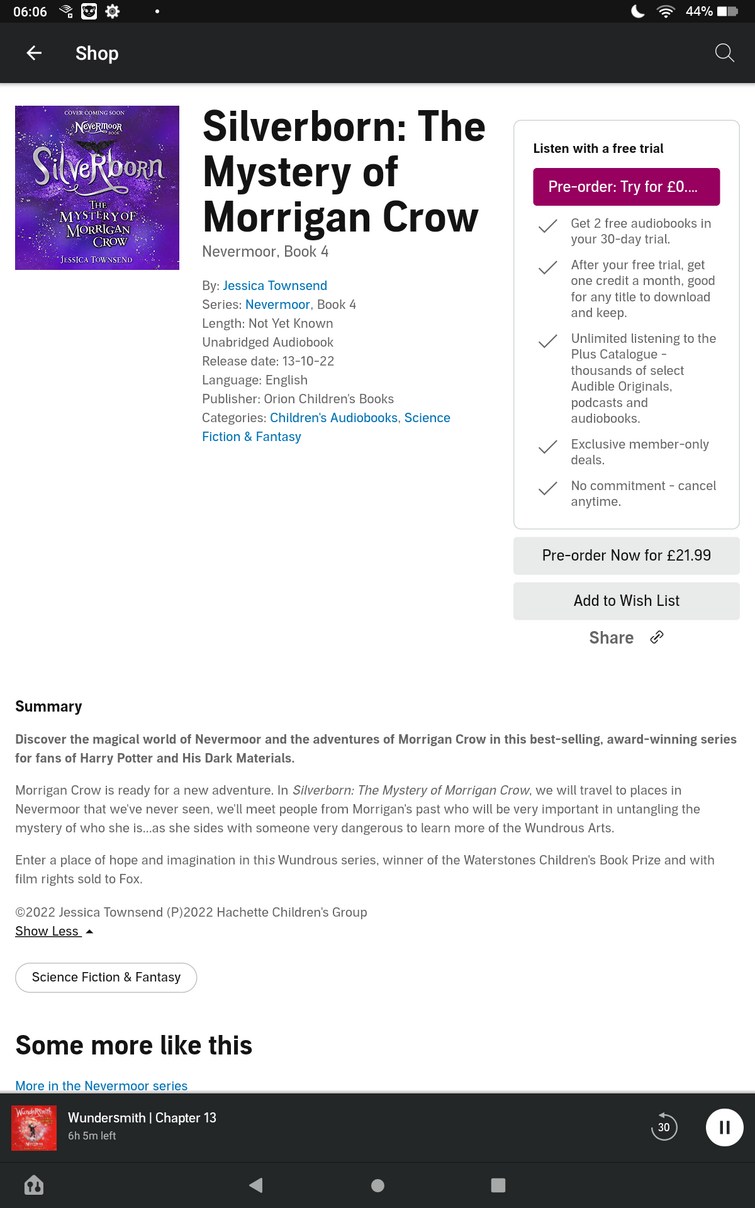 Is anyone else hoping that in the future the backstories of the 919 members will be further explored? Some of the characters, like Lambeth, have more known information about their past, but others don't as much. I'm kind of curious about some of the other, more minor characters.

For example... how did Archan learn to pickpocket? He didn't say much about it and was somewhat vague... Was there was some story behind it that he didn't want to explain?

This is a question that has been circling my mind for a while and I have a couple theories.

First theory is that she is the president wintersea. (Hope I got that right) as crazy as that might sound I might not be interlude wrong. In the book it states that the president has a motherly look.

My second theory is that Morrigan mother was a wondersmith too. There has bean some speculation that wondersmiths are still alive and in hiding so it could be possible.

This circles back to the theory that Morrigan's mum was a Wundersmith.

I read a pretty recent post about how Squall freaked out about Morrigan singing his personal song in order to summon Wunder. And that made me think, either it was related to his power, or he snapped for emotional reasons. Since this is Squall, I think it's the latter.

I feel like this is also a Snape/Lily situation. Squall (Snape) was in love with Morrigan's mother (Lily) and now has a small hatred for Morrigan (Harry) due to his jealousy of Corvus (James) but still wants to protect Morrigan.

Maybe the song about the little crowling is about Morrigan. I'm assuming Morrigan's mother died shortly after giving birth, so maybe Squall grieved so much that he re-invented his Nocturne song in tribute to Morrigan, and Morrigan's mother.

But then again, this very well could connect to the power possibility. What does happen if a Wundersmith sings another Wundersmith's song? Does it sap their power or something like that?

But then again, what if Squall is actually Morrigan's father? No, Jessica Townsend wouldn't do that. That's too cliché, right? . . . right?

Most of the political relevance in this series comes from Jack. He thinks Santa is an elf-enslaving capitalist fat-cat, and I respect that. I still can't stop myself from cracking up whenever he calls Morrigan capitalist scum.

But I'm in the middle of a Hollowpox re-read, and I noticed that in the chapter De Flimsé, Morrigan plays a game called Tax Collector and "particularly enjoys the part where you burn down people's houses if they don't pay their taxes". Based.

At this point I am determined to solve the mystery of who the other two bids for Morrigan are. So if anyone has any ideas of what or who these bids are for please leve your comments.

So. We know that Morrigan reseved 4 bids on bid day. We know that 2 of those bids are from ether Jupiter and Squall. So who sent the other bids?

Last time I speculated that it might be Jupiter or other wondersmiths. After reading the chapter again I started to wonder if maybe it was Morrigan mother. It is a very long shot in the dark but it is an idea.

I still think that it is Jupiter because the names are just overly exaggerated and funny.

This is kind of a of shoot from SiFiDude42’s question about the bids.

So for a recap in case you need one. On bid day Morrigan receives 4 bids from 4 different people. One from a lady’s college, and one from a military camp (correct me if I’m am wrong about that). And one from squall, and Jupiter. We can tell who the latter two are because we meet them. But that begs the question, who are the other people?

I have som speculation that it might have been Jupiter with the other two. It is quite possible that he could have been working under false names. As we can tell from the books, Jupiter tends to be a little extreme in most things he does. So it to me seems like he would want to make shure Morrigan sees his bid for her. My other theory is that the other two are other Wondersmiths that might have still been alive. It is a very long shot especially since people keep saying all the other wondersmiths are dead. But I also have a speculation that it would have been very difficult that no one on Nevermoor was born on eventide fo one hundred years. So what’s going on.

Please leave you comments or correct me if I am wrong about anything.

In Wundersmith, Squall "teaches" Morrigan the Art of Nocturne in the creepy Museum place, and he initially tells her to sing, so she starts singing the song he always does. Upon hearing this, he yells NO and runs forward, almost suspiciously quickly, before stopping himself. My question is, what would have happened if she had continued to sing? Will this be featured later? Thoughts?

I'm Blitzen, she/her pronouns please. I've read all of the books multiple times, and absolutely love them. I think that's it, so hi again!

I have read all of the books so far! They are really great!

Finally Mog has accepted her apprenticeship to a murderer. I thought it wouldn't happen. But yay! It has!

Thank you for your response, if you have one.